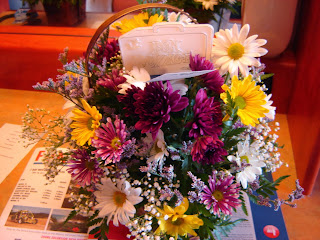 Every Southern woman knows the best insults are those fit for polite company.

"Well, at least you're pretty." (Translation: you're dumb as a brick. Quite unisex these days.)

"Bless his heart." (Translation: depends on context, and sometimes even isn't an insult, but "what an idiot" in the most frequent insulting sense)

"My, isn't that precious?" (I mock your pain as your children do something horribly embarrassing/how pathetic that thing you've done is.)

The British are also masters of the understated, polite-company put-down. From "That's interesting" (I'm so bored) to "How nice" (Why can't you see I don't care?), the civil tongue cuts sharper than steel.

On the other hand, when writing a story, one of my favorite things is coming up with fitting insults. In high fantasy this is especially delightful, as calling someone a "cow-brained son of a turd and termite" might be standard practice.

There's something satisfying about absurd obscenity. It's a fine tradition--Shakespeare one of the masters--and never fails to amuse. "If leaf-blowers held a convention in a garbage dump, it would smell better than you." "You're as lovely as the backside of an angler fish." "Learn to shoot a bow, you cycloptic, goat-fingered sea slug!"

Contemporary fantasy has more constraints, since the characters should sound like realistic modern-day people in their speech. But that doesn't mean you can't occasionally slip something interesting in.

What are some of the best "polite company" insults you've seen writers use?
Posted by Rebekkah Niles at 10:00 AM