I know a lot of people are making donations to ACLU, health organizations, domestic violence prevention groups, and various charities right now, and I want to encourage them to keep doing that. (Seriously, don't stop. You're doing something good, so keep it up.)


Here's one more organization to consider, as well: the American Refugee Committee. Works with refugees, displaced people, and those at risk to help them survive crises and rebuild lives of dignity, health, security, and self-sufficiency.

One thing I suggest people do before donating to a new charity they haven't seen before is to check the charity out and make sure it's really doing what it claims to be doing. There are a lot of scam artists around, and a lot of charities that keep more money than they give; Charity Navigator and Charity Watch are two websites that can help you verify that a charity does what it says.

One of the things I really like about the ARC is that it scores 4/4 stars on Charity Navigator and gets an A+ on Charity Watch. You know, in case I needed more reason to donate beyond "it helps people in need."

But don't feel limited to that. There are lots of ways to help people, and frankly, lots of people who need a hand right now to get back to the point that they can sustain themselves. Volunteering at organizations that help people (you'll find many close to home!) is always needed. And if you don't have the availability to volunteer, even a small donation helps. Charitable organizations, after all, were crowd-funding humanitarianism before Kickstarter was ever a thing.

So. Be careful, and don't get scammed. But also, help people.

Email ThisBlogThis!Share to TwitterShare to FacebookShare to Pinterest
Labels: volunteering

If you've been following me at all, you'll probably notice I don't go on Twitter much. In fact I had to reset my password each of the last... three? four? ... times I used it.

But seriously, the National Parks are going rogue. I can't miss that!

Though I'm sure you've seen it already, here's a few of the accounts tweeting science facts, some claiming to be run by actual park rangers in their off-hours: 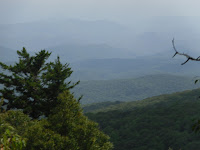 
There are more, and while the official National Park Service accounts are back to tweeting normally (the Badlands says their tweets were from an ex-employee), I just can't stop finding the idea of a rogue national park to be hilarious. You go, nature and park rangers. You're all awesome.

So those of you who actually Twitter... what accounts are worth following? Since I may actually be checking every now and then.
Posted by Rebekkah Niles at 10:00 AM No comments:

You may have noticed that I went for several weeks without making a post. First of all, I am continuing to blog; I'm afraid it was an unplanned hiatus. Nothing terrible happened, so don't worry about that.

I wish I could say there was a good reason, but mostly it was a profound lack of energy, brought on by the winter blues. For some unknown reason they were worse this year (gloomier weather? less exercise than usual? general 2016 miasma of despair? not really sure). Thanks for sticking around and coming back despite the lapse. I'll try to fight it off harder next year.

It's really easy, once I let myself leave something undone, to just keep leaving it undone. And when I do start getting things done, it's easy to use one day's productiveness to be unproductive the next. Because of this I've gotten into the habit of reminding myself this:


Winter seems to have hit a lot of people hard this year. So if you're feeling low, at least take reassurance in that you're not alone. Hang in there and remember that spring is on its way. And make an effort to get back into doing the things you usually do.

Email ThisBlogThis!Share to TwitterShare to FacebookShare to Pinterest
Labels: motivation


An independent copyright office may be splitting off from the Library of Congress under the title Register of Copyrights, after the move receives backing (in a proposed policy) from the House Judiciary Committee. The committee is open to written public comments on the policy until 1/31/17. 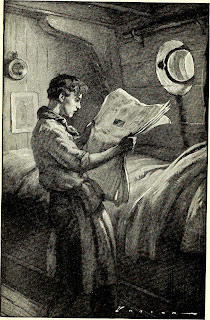 In Australia, the copyright office of the country (Australian Productivity Commission) reports support for an overhaul of commercial copyright restrictions. This would allow foreign publishers' books to be imported and sold in Australia. Protests are coming from authors, local publishers, and retailers.

Authors United disbands, with AU leader Preston urging authors to join and support the Authors Guild instead. Authors Guild president issues a statement of welcome to all former AU members.

International Digital Publishing Forum (IDPF) votes to merge with the World Wide Web Consortium (W3C), which would allow the W3C to gain ownership of the EPUB ebook standard; CEO of OverDrive Steve Potash objects and seeks to block the merger on grounds that he does not believe W3C would adequately protect intellectual property rights in book publishing, as it would not have incentive to do so without a standalone organization such as IDPF holding EPUB rights. (IDPF members voted 88% in favor of the merger, so they do not seem swayed by his arguments.)

Microsoft will soon join the ranks of ebook retailers, preparing to open an ebookstore, according to a leak on PCWorld.

Amazon and Apple end the deal that made Apple the exclusive other seller of audio books (Amazon still sold directly through Audible, which they had previously purchased in 2008) through Apple's iTunes, and prevented Apple from accepting audio books from any other supplier than Audible. This allays some of the EU pressure from anti-trust regulators.

Romance writers and publishers with books out under the well-known, recently defunct All Romance eBooks bring a class action lawsuit against the company and its owner, following the short download period for customers and pennies-on-the-dollar (ten pennies, to be exact) offer to authors for unpaid royalties accompanying the company's closing down.

Writer Beware notes several other problem companies. Caliburn Press and Month9books are loaded with complaints for unpaid royalties and other problems (Caliburn Press includes Damnation Books and Eternal Press), so writers beware. Torquere Press is closing, after a change in leadership proceeded into unpaid royalties; rights are being reverted to authors, though cover art and ISBNs and formatting are not, and edits to unpublished works are expected to remain unused. Strauss reports on Harry Bingham's inquiry into Austin Macauley; she advises writer beware this company based on his reports.

Meanwhile, Write Beware notes that "assisted self-publishing companies" (many of which are frequently considered vanity publishers) are in decline. Author Solutions shows a continuing trend of fewer and fewer authors publishing with them since 2011.  Tate Publishing, continuously bogged down under a mire of complaints, and having had the BBB revoke its accreditation in 2016, seems to be massively declining.


I'm sure there's plenty that's been going on the past month and a half. What major industry news have you encountered?
Posted by Rebekkah Niles at 10:00 AM No comments: