No post last Friday. No post today. Please excuse this author as she goes to curl up and try to sleep off the last of the food poisoning.
Posted by Rebekkah Niles at 10:00 AM No comments:

Email ThisBlogThis!Share to TwitterShare to FacebookShare to Pinterest
Labels: posts

The importance of scenery 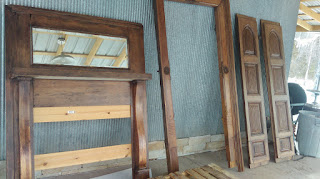 Scenery in stories... what difference does it make? As a writer, how do you choose what scenery fits a story? As a reader, how does the setting change the plot?

Whether it's the room where characters are, or things they hold, or the town or city in which they live, everything they touch influences the tone and mood of the scene. A coffee mug tells the reader the character is tired. A new set of armor tells the video game player the avatar has succeeded a challenge and gotten a reward. A volleyball tells the player the NPC to whom they speak is a sports player and probably on a team of some kind. And a story that takes place in the kitchen gives a sense of home, of family.

We choose backgrounds carefully in photography and art of all kinds. Stories aren't any different. Have you ever seen a story where the background didn't fit? And what kind of scenery is your favorite?

Email ThisBlogThis!Share to TwitterShare to FacebookShare to Pinterest
Labels: stories

Publishers Weekly reports that some supply issues at Amazon have caused a backlog of some titles, impacting sales for several small and indie publishers.

Retailers reacted to the new provision on the Customs Reauthorization Act--a provision that, unrelated to the main subject matter of the bill, removes the possibility of taxing online purchases (called the Permanent Internet Tax Freedom Act, guaranteeing sales tax can't be collected on Internet purchases). The language was later removed, but an Internet Tax Freedom Act (not permanent) was passed as a part of the federal spending package, which basically extends the status quo of no sales tax on the Internet.

Seven amicus briefs have been filed in support of encouraging the Supreme Court to review the Apple vs the DOJ price-fixing case, each arguing Apple should not have been found liable. The DOJ has until Jan 4, 2016, to file a responding brief of opposition.


The lawsuit against the JD Salinger Literary Trust has been dropped after the case was transferred to the home state of Salinger's widow, New Hampshire. The suit alleged the trust of interfering with the Devault-Graves Agency's attempts to license foreign editions of Salinger stories that have lapsed into the public domain in the US, but that aren't necessarily public domain yet by the laws of the foreign countries where they were to be sold.


Ingram acquires a new service that allows publishers, retailers, and authors to sell and produce print and e-books directly through their own websites, social networks, and blogs.

Books-A-Million finalizes it privatization with Clyde B Anderson acquiring the company. Shareholders are entitled to $3.25 per share.


Author Peter Beagle sues Conlan Press on the grounds of elder abuse, defamation, and fraud. Author Jim Hines gives his take on the Peter Beagle vs Conlan Press lawsuit, filled with lots of additional links to further reading material, showing his support of Beagle. (Couldn't find much about this one online elsewhere. Thanks to Aritê gunê Akasa for the link!)

In Britain, the Chartered Institute of Library and Information Professionals campaigns for British politicians to stop closing libraries and start taking care of those that are left.

Victoria Strauss on Writer Beware posts a success story about the Neoverse Short Story Writing Competition, in which the new, small-publisher sponsor listened to criticism about and requested feedback on the rules, and then re-wrote them to make them more fair to the authors.

On the other hand, again on Writer Beware, Strauss notices that a different publisher, Almond Press, responds to criticism of the less-than-ideal rules of its own contest by giving one-star reviews to all her books.

Agent Kristin Nelson shares her #2 reason for passing on queries even if the writing is good: stakes aren't high enough. She also gives a couple of tips for what to do with your manuscript after NaNoWriMo.

Agent Janet Reid answers questions and offers advice. She explains why she thinks authors shouldn't use italics, especially for more than one word at a time. And she explains when you shouldn't write your query like a dust jacket.

QueryTracker answers the very important question of when to give up querying (or at least take a break).

On the Futuristic, Fantasy, and Paranormal blog, how to keep mythology fresh in a modern setting, even when everyone else is writing contemporary-set mythology. And why an author newsletter is a must-have for marketing.

Author Nathan Bransford offers the Past Few Weeks in Books for 12/14.

Author Kristine Kathryn Rusch muses on thinking of your writing as a gamble, and why that's a terrible plan.

On the Boston Globe, an article about how dead authors' books are enormously popular right now.

A look at the anatomy of modern romance covers (published in November).

A digital subscription service, Playster, goes live in the US, offering access to media content including (but not limited to) music, books, films, and video games.

The spirit of the season here! As heard in the office:

Coworker 1: Happy holidays, guys! Thanks for the yummy treats.

Just another example of December's annual baked-goods arms race. Who'll emerge with the title of the most-eaten delicacy: the person who baked the brownies, the pie, or the quiche? And is there really a victor in the month-long waistline-expansion wars? Dunno, but at least my taste buds are happy.

In other news, this week's publishing industry news post will have to wait until tomorrow, as A) It's been an exhausting week, and B) King's Quest saga chapter 2 has come out. See you tomorrow!

Communication in fantasy and sci fi


No matter what world you're in, your characters have to communicate. How do they do it?

Games have everything from Star-Trek style communicators to radios to standard cell phones. One of my favorite fantasy series, the Chronicles of Elantra, has magic mirrors--in fact, mirror scrying in different forms is a pretty common fantasy substitute for cell phones, or at least phones. Scrying's pretty common, too. Role playing games live on the principle of never separating the party, but even if you do, there are message spells to communicate back and forth. Or you could always send an owl.

Low-tech worlds, meanwhile, rely on older forms of communication, such as sending runners. That can make an interesting plot point, because the messages don't always get there in time. But instant communication is something many readers in this day and age have come to expect, and it shows in modern stories.

What are your favorite methods of fantasy communication? Of the books you've read that are recently published, are there any that don't have instant communication? And there any fantasy worlds that make especially good use of the lack of communication?

(Hello, it's Monday! Er, wait, what happened to Friday? Oops... Here's some photos for public domain as apology...) 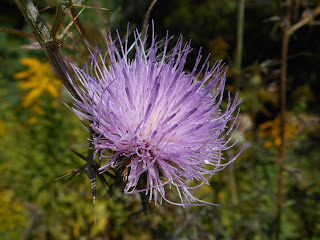 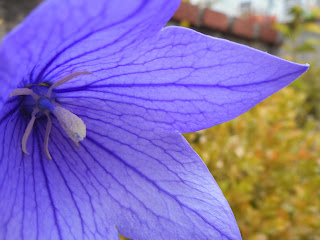 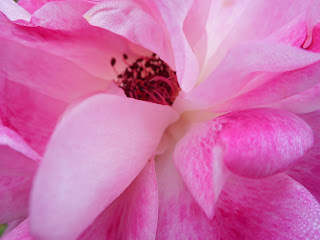 What's your avatar style: Cool, crazy, or close to home?

How do you create your avatars? Realistic, attractive, or as odd as possible?

Recent games have so many options for creating avatars, which I write watching a blue-skinned pando-faced character with white-streaked red hair being created. Hey, I'm not one to judge--my mii might just be cross-eyed and have a mustache-level unibrow. We're more the ridiculous-style at my castle.

On the other hand, it doesn't take long online to realize that most people make avatars that look good, or at least decent.

So what do you go for when you make an avatar?

Many of you spent the last couple of weeks guesting or hosting and eating turkey, ham, or tofurkey, and working desperately on NaNoWriMo in your free moments. So here's a link digest of the latest publishing news and industry blogs for 11/20-12/4/2015.

The Supreme Court has given an extension for the DOJ to file opposition to Apple's petition to have the e-book price-fixing case reviewed. Meanwhile, the Authors Guild, ABA, and Barnes and Noble file a brief in support of Apple's petition.

On QueryTracker, tips on surviving the submission process.

Agent Janet Reid answers questions and gives advice. Your first line of an effective query should be a viable answer for the question "Have you read any good books lately?" Make sure you clean up your web presence before querying. Do agents consider a writer's age before signing? (Reid doesn't; but if you're worried, just don't mention your age in the query.) Why doesn't your memoir, filled with everything someone in your situation would need to survive, sell? (Agents look for memoirs that will help those not in your situation, too, in order to have enough of a market.)

More from Reid: No matter how frustrated you are with the query process, you still should follow the guidelines. If you've got one manuscript submitted to an agent, and have meanwhile finished another and gotten into top-notch shape, can you query the second? (Yes, and do.) How long do you have to submit after a pitch? (Better good but late than messy and early.)

Author Jamie Gold has been participating in an Indie Publishing Paths series. Here's her latest, which looks at the things indie authors should consider when pricing their books. (First post was back in August, which I completely missed at the time, on setting goals.)

On BookEnds, agent Jessica Faust explains that no, not all editing and feedback is good, and it's okay to not follow every little bit. And she explains why using Track Changes in edits is useful. (We use it my dayjob as a copyeditor all the time, and yeah, it saves people's sanity.)

Agent Nephele Tempest posts some writing links for Friday 11/20 and 11/28.

Author Kristine Kathryn Rusch in her Business Musings posts talks about why "writing to a market" isn't really a thing for the indie market, and why it's a thing in traditional publishing in the first place. She also shares some of her thoughts on the international markets.


What other major publishing news have you encountered in the past two weeks?
Posted by Rebekkah Niles at 10:00 AM 2 comments: