The world is a big place. But it isn't. 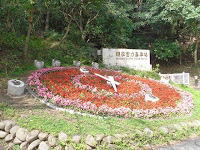 Airplanes make journeys that would be impossible a hundred years ago in under a day. Unless there's a huge layover, in which case it may take a couple of days.

Communication is instant. Unless the Internet is out or a message isn't delivered or you're out of signal, in which case, it isn't.

In a lot of books and stories, the same kinds of problems can be seen as plot devices: the struggle to light the beacons in Lord of the Rings (movie, not the book), for example, is a case of broken communications. Or the messenger gets shot. Or the signal crystals break.

Can you imagine a Star Trek where none of the ships could exceed the speed of light? The universe is big, but it also isn't. What if there were a time delay in communications? (Actually, didn't this happen in a couple of episodes...?)

A lot of this is simply that travel time is inconvenient. Nobody wants to spend sixteen hours on a layover, not unless the entire story takes place during the layover. But how do our modern travel experiences affect our fiction ones? We've taken out much of the waiting time in our fantasy and science fiction stories, most of the time during which little to nothing happens for characters, and not just in the "and then time passed" sense: if it interrupts the journey, more often than not, the characters themselves often just don't experience it. This creates a lack of downtime for the characters, which isn't unlike the "always-on" mentality of today's world. A lot of the older stories make reference to months and years passing, but it seems less common in modern works.

There are some exceptions, such as Dust (the one about the ship wherein many generations have passed on the ship), but for the most part it's rare to give characters downtime.

On the other hand, communication problems? They're everywhere. What was the last you story read written in the last ten years where the communication system worked reliably for the entire story?

How else has our modern life affected our fiction?
Posted by Rebekkah Niles at 10:00 AM