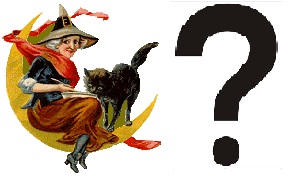 In a previous post, I spoke about the uses of that versus which.  But 'which' isn't only used in restrictive clauses: it fills several parts of speech!  Some professors might send you which-hunting, and claim that the word 'which' is the phonetic version of ultimate evil.  Not true.  Which has several legitimate purposes, and ridding your vocabulary entirely of it is an equally dangerous proposition to overusing it.

Which, according to Dictionary.com, can be used as an adjective, a pronoun, or a determiner.  In today's blog, we'll look at which as a pronoun.

All information except definitions of which taken from OWL at Purdue. Examples are mine, but everything I learned came from OWL.  It's one of my favorite sites.  Shouldn't it be one of yours, too?

Which as a Pronoun:


Which as the object of a preposition

The barn at which I threw the baseball was blue.

The dragon with which I ate lunch smelled bad.

For which of the following would I pay $10?

Which can be used as the object of a preposition, in which case it is also considered a pronoun.  It can replace an undetermined object (for which), or act as a replacement for a determined object you don't want to restate (the dragon).  In the dragon's case, which should be used, despite the fact that "with which I ate lunch" is a restrictive phrase - because which is the object of the preposition with.

Which can also refer to the previous clause as a whole (which we probably should have seen coming).

We would later grow hungry, which we probably should have seen coming.

In this case, which is a pronoun replacing the entire previous clause.

In cases in which you are uncertain as to whether to use that or which, check out the Online Writing Lab at Purdue.

What's your favorite example of using which as an object of a preposition?
Posted by Rebekkah Niles at 10:00 AM

Email ThisBlogThis!Share to TwitterShare to FacebookShare to Pinterest
Labels: grammar brigade, long, more whiches, that vs. which