Publishing news for past two weeks. It's been a busy week for me, so short blurbs today! If I've missed anything major, please drop the links off in the comments section.

Science Fiction Writers of America, SFWA, drops Amazon links to all their books in protest of Amazon's drop of the Independent Publishers Group contract (PublishersLunch, Whitley Law Group give more information). Amazon refused to renew after hearing the demands from IPG. Links to books on the SFWA website will be connected to Barnes & Noble and other bookstores instead, unless Amazon is the only place they can be purchased, in which case the existing links will remain.

PayPal is attempting to censor Smashwords by not allowing transactions for books containing bestiality, rape, or incest. But this movement started further up the line than PayPal: the online financial institution is under pressure from credit card agencies, and is taking all the blame, like it or not. It's of important note that many of the books that readers are being denied access to are perfectly legal despite being objectionable to the majority population, and that much of the debate around this censorship is that it is taking legal material out of accessibility - setting a precedent to censor other legal material. Smashwords and privacy organizations are fighting back on the grounds that once an arbitrary "morality line" has been drawn, it can be redrawn at a later time to restrict free speech (history majors: does this sound familiar?). Also of note was the extremely short time period Smashwords had originally been given to work with to remove the content. PayPal has relaxed a few of its deadlines, and talks are ongoing.

The Department of Justice warns Apple and Penguin, Hachette Book Group, Macmillan, HarperCollins, and Simon & Schuster that they will go ahead with the anti-trust lawsuit over eBook price fixing. No surprises here - they've just now been officially warned.


Agent Kristen at PubRants points out a recent trend she's seen of a particularly bad idea: Don't cry wolf with a false offer of representation from a publisher. Your prospective agent will know - or she'll find out fast! And in case you're wondering, the publisher Dorchester has closed the doors, turned out the lights, and pretty much disappeared. No surprise there.

At BookEnds, LLC, Jessica Faust reminds us to work smarter, not harder. Blogging? Blog tours? Social networking? Sticking bookmarks to trees and random passersby? Track your success and do what works, not what 'everyone says' you're supposed to do. She also discusses her rejection letter evolution. And by the way, agents do enjoy acknowledgment every now and then. Don't be afraid to say "thank you" if you really mean it!

A reader asks Faust, "Do I really need an agent? I'm already signed with an editor." Faust suggests waiting until negotiating the contract for the next book, and getting one then.

Rachelle Gardner urges you to know your competition. Look up comparable titles. Also, she offers things writers should know about Pinterest and GoodReads.

Over at FF&P, they've just finished their first annual conference. Reviews so far have been good! I know I had a great time, and so did everyone else I spoke to.

At QueryTracker, we have Publishing News for 3/2.

We also have an article on using the language our characters use. How we speak is one of the ways people use to immediately classify us. So if your characters aren't talking with the vocabulary and grammar of their profession, social class, interests, and other foibles, they'll be less believable.

Nathan Bransford tackles the question of "Is there a self-publishing bubble?" His opinion? No, it's the beginning of an increasing trend that won't die off. And he gives us a rundown of last week in books, covering up to 3/5.


Okay, that's all I've come up with. What news for the publishing industry have you encountered in the past two weeks? 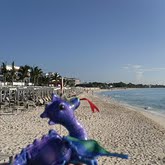