Certified kitten cuddlers: It's a "tough" job, but someone has to do it.

My roommate's bed has started mewing. 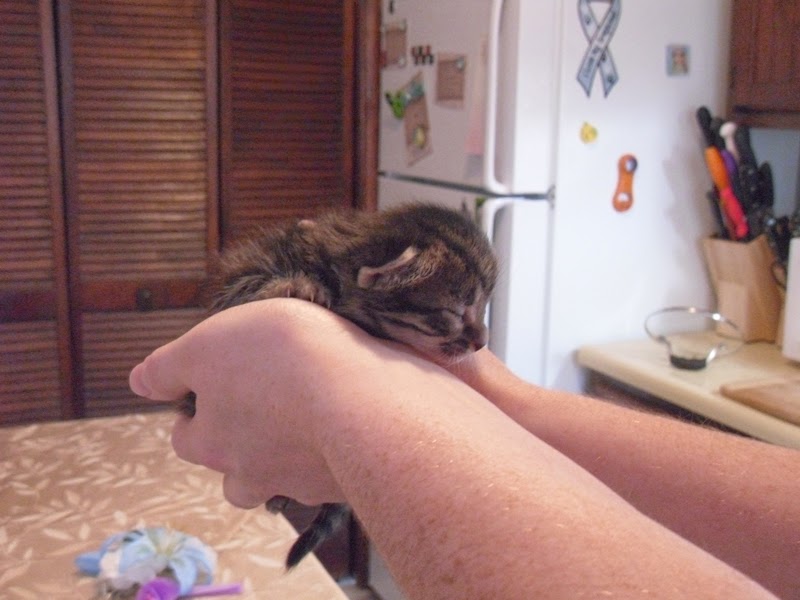 She rescued a feral cat who had just given birth at a shelter with a high kill rate, bringing the mama cat and her kittens to a nice quiet apartment (at least, compared to a shelter). So we've been hosting 5 newborn kittens and a feral cat who hisses every time we get too close.

At first, one of the babies I dubbed "KISS" due to her hardcore mew-screams every time she was lifted up. Now that her eyes are open, she's more calm about it, especially if her feet aren't fully supported, but still vocal. I expect she'll always be talkative. Her twin--we spent a few minutes comparing them and couldn't find any visible differences yet--is another tortiseshell whom I called Sparrow after she spent a full day with one eye open and the other still closed. She looked a bit pirate-like, and we weren't sure which were boys or girls yet, so I went with the gender-neutral "Sparrow" from "Jack Sparrow."

Another baby has a stumpy, problematic tail. The vet thinks it may be congenital, but no matter if it was pre-rescue injury or completely natural, first order of business as soon as that sweetheart is big enough for treatment is to remove the tip of the tail, since it might otherwise become a source for infection, and also probably hurts a bit. He's such a sweet kitten and one of the more active ones, so we can't wait to get him cared for, but he's too small for most care and also can't really be separated from his mother for that long yet. But soon.

They're all cute and crawly and are now mostly able to walk. Their eyes may all be fully open, but they can't  quite focus yet; still, I've caught them beginning to bat at one another as they start to figure out playing. They've outgrown their cage, so my roommate is letting them wander around in her room freely now; mama (who still hisses at us if we get too close, but only half-heartedly, and doesn't seem to mind when we take a baby as long as we don't too close to her) has taken them under the bed, but they keep wobble-crawling out to explore.

In another week or two we'll have bouncy babies who are steadier on their feet. They'll start weaning soon, and once they're weaned, mama will be spayed, her ear nicked, and released back to where she came from (this is common in catch-and-release programs for healthy ferals who can't be rehabilitated). We'll continue to cuddle the babies and make them people-friendly, and my roommate will take them to make sure they're healthy, get them their first vaccines, and treat that tail.

Then it's time to start finding them homes and say good-bye. Right now they still fit in the palm of my hand, tiny and cute; and every day they look a little bigger and stronger and closer to the string-chasing and bug-pouncing adorableness we know kittens for. But I know they need forever homes, and we're at our permanent-pet limit. I think one of the boys has wrapped his tiny paws around someone's heart. Don't worry, loving future-home: I'll make sure he knows people will love him and care for him, that people have nice hands and are good to be around. Just promise me you'll do the same as he grows, and give him the home full of warmth, happiness, and kitty joy.

Kitten cuddling might be a tough job, but I'm up for the challenge. Are you?
(Edit:) New pictures for just shy of 3 weeks old: 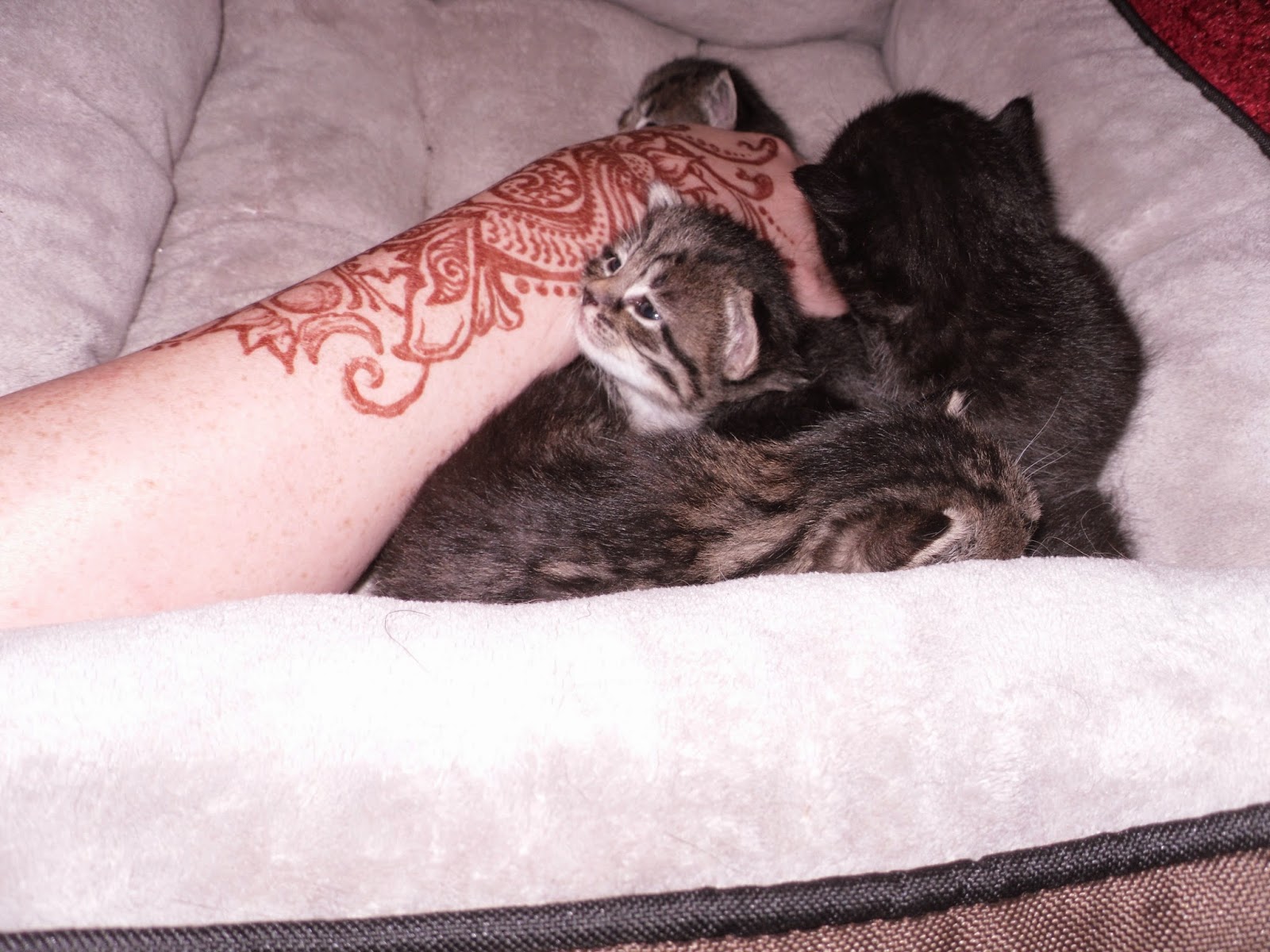 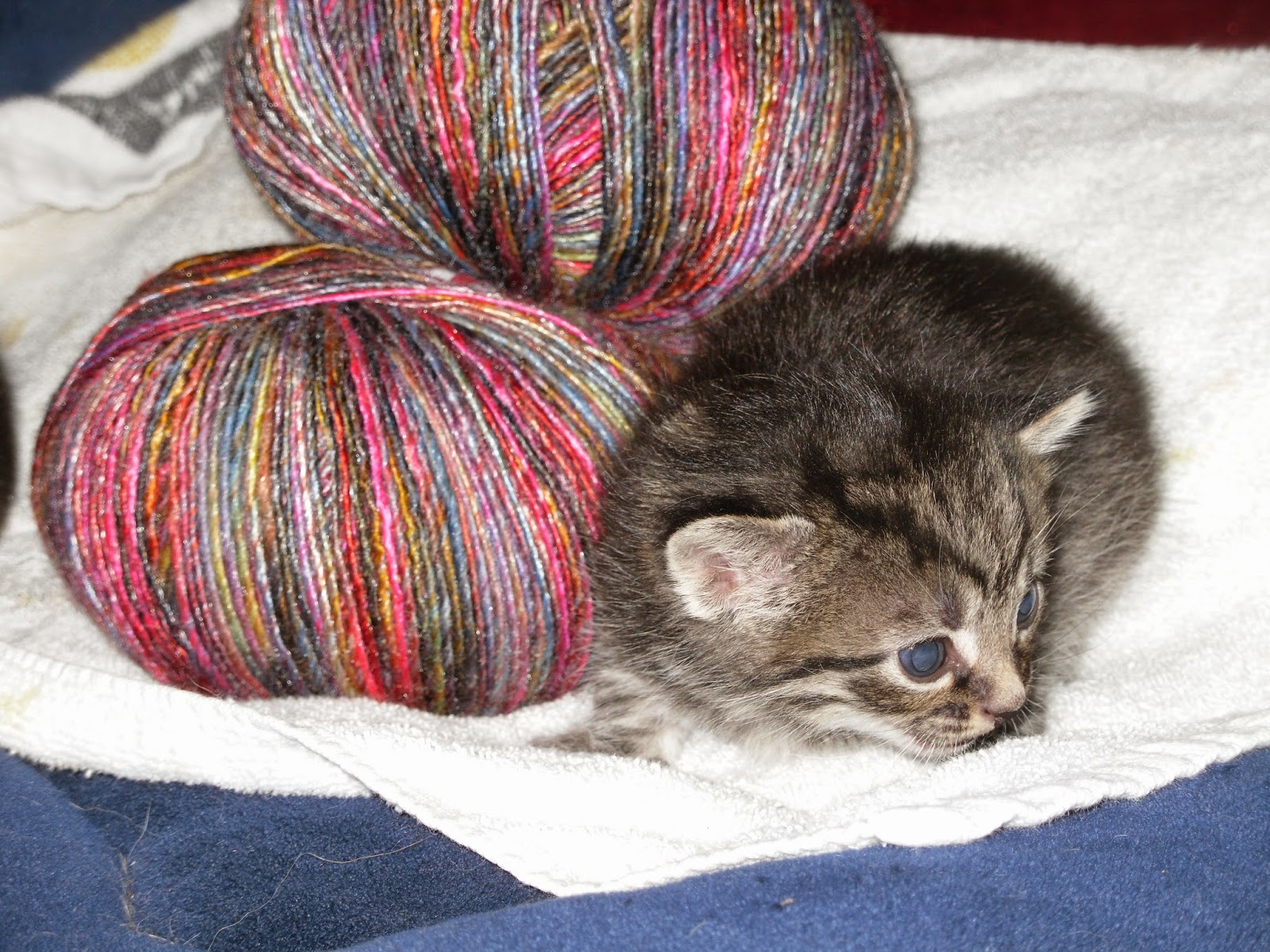 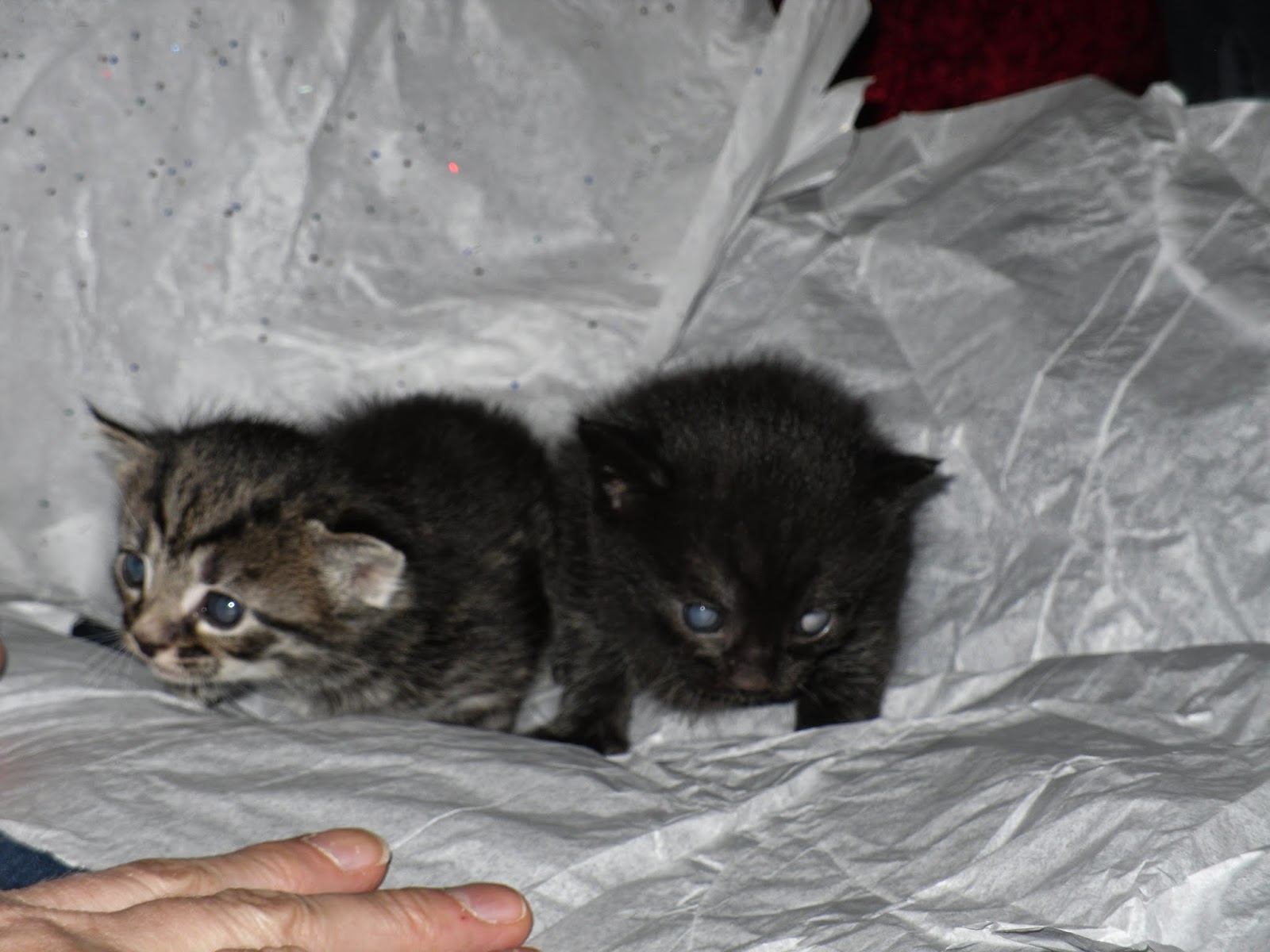 (You can e-mail my roommate at nyssamehana@att.net if you want to know more about adopting a kitten-baby.)