Into the Tides book bonus: The Lost and the Mad 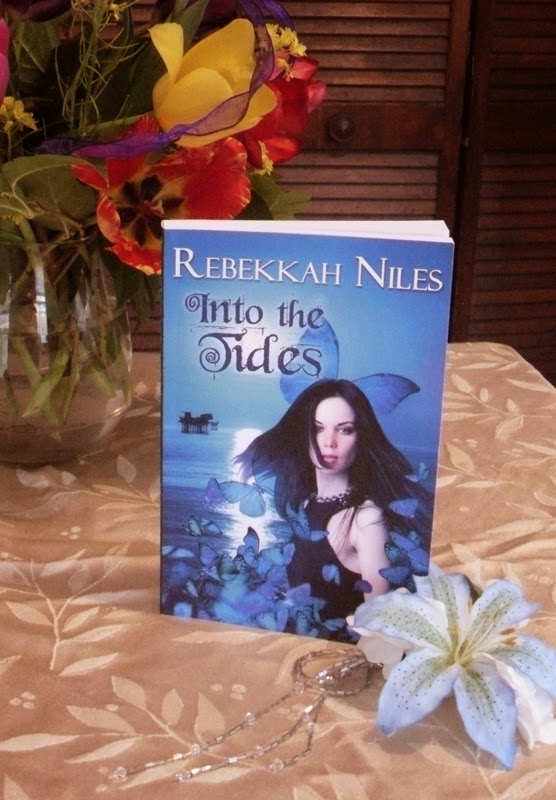 Into the Tides got its first photoshoot the other day! Well, all right. The photoshoot was originally for the kittens my roommate is fostering, but the set was staged, so I figured, why not?

Today's book bonus is an inside-look at the Lost and the Mad.

As you may have noticed from reading the book, the animal type Powered people become after being hit by magic is determined by several factors, including the location they're in.

In a water-based ecology such as a lake, for example, a person might become an otter, a turtle, a duck, a crane, or another animal commonly found in that environment. All Lost, even those in marine environments, become animal times that can survive even temporarily out of the water, and will exit the water as soon as possible if it is steeped in magic, such as most permanent bodies of water within the Tide Zone. The magic will sustain them indefinitely out of water.

In the woods, people might become songbirds, deer, squirrels, or rodents. This also applies to people who live in wooded areas, especially if they were outside their homes at the time, although they could also become a common domesticated animal for the area, such as a goat or a cat.

Meanwhile, city-dwellers might become ants, dogs or cats, or raccoons.

Animals that were once native to an area are also on possibilities. For example, a wetland converted into house-friendly territory may have once hosted a type of frog that has become locally (or even globally) extinct. If a housing developer added a lake or a pond to the area later, a person standing on the shores may have become a frog of that particular type.

In general, the animal body assumed will be one that is generally considered not dangerous to humans, except for Hunters, who are charged with being custodians and guardians for the Lost. Once an animal body is assumed, if people are returned to human form, they will always re-emerge as the same animal they first became, no matter their locations or emotions during subsequent exposures. There is, however, one exception to this rule: the Mad.

The only way a person can change animal type is by going insane. Insanity scrambles the subconscious, and causes the mind--and if in the Tides, the local magic--to go haywire. The magic then creates a feedback loop that drives the mind towards aggressive behavior. Those within the Tides are driven out and take another form upon exiting; those in the Tide Zone physically transform by absorbing the magic from the local area. The form assumed is one of the largest and most dangerous native to the local area, such as a bear, bobcat, aggressive large turtle or waterfowl, eagle, or alligator. The body is almost always large; the animal is almost always a predator. Even if it animal type would not typically attack a human,

The Mad are driven to immediately attack anything living and mobile within their immediate area, human or Lost alike, with no care for their own safety or even for strategy. The only creatures they will not attack are other Mad, which emanate the same magical disruption. The Mad will continue attacking until they are killed or rendered immobile; the latter will cause them to fight until they are freed and then resume attacking. They cannot sleep, do not need to eat, quickly regain consciousness if knocked unconscious, will heal from paralysis given enough time, and cannot feel pain except from being taken too far from the source of magic. If trapped without anything to attack, they will prowl the area; they will not, however, cross territory the animal type they are would not willingly cross, except in pursuit of prey (a mountain lion, for example, would not enter a city if there was nothing moving to be seen). Hunters usually track them down and kill them for the safety of everything in the area, unless they are so trapped.

Areas in the Tide Zone where a Lost has become Mad are marked by normal-looking foliage in a sea of brightly-colored unnatural flora, until Tides re-covers the area. It's also possible for a Lost caught close enough to the transformation (within 5 feet) to be returned to human form, but the Mad attack immediately, while those returned to human would be stunned from change. On the other hand, nearby Lost (within 15 feet) face 10% chance of being driven insane by the transformation, due to local magic going haywire; in which case, there would be more Mad to deal with. Most Lost instinctively flee from a person who is about to transform, as in the minute or two leading up to the transformation, the soon-to-be Mad "muddies" the nearby magic (within 30 feet), causing a sensation akin to the hair standing up on the back of your neck.

All Lost possess the physical abilities of their animal type, including enhanced senses. They can speak only with Lost of the same animal type (cats can speak with cats and dogs may speak with dogs regardless of breed, but cats cannot speak with dogs, or dogs with foxes).
Posted by Rebekkah Niles at 10:00 AM