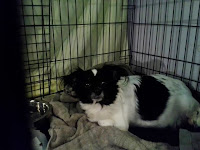 My roommate fosters animals. Our most recent foster arrived looking like this: 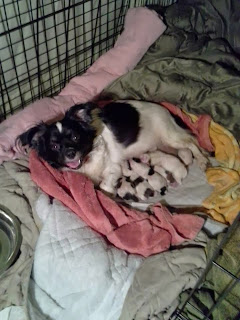 Not long after, she exploded into puppies, and now looks like this:

Yup, so, we have puppies. Puppies, puppies, as far as the eye can see. 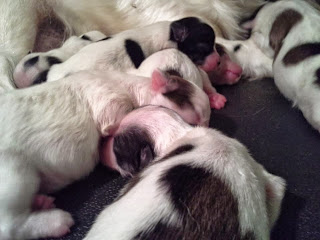 Khan was named, by the way, because he came out screaming, and it sort of sounded like he was crying "Khaaaaaaan!" So while we could have sensibly named him Kirk or even Spock, we went with Khan, as a reminder of the enemy whom he should be on the lookout for later in life. Hopefully he'll remember and not ally with his destined enemy because they have the same name, or something.