Book Bonus: Otters Up, Pollution Down

In the world of Into the Tides, a disaster that trapped the South in a bubble of magic seems to have originated from the coast. As a result, much of the population of coastal cities have migrated to inner-continental locations. The city of Madison, WI, has in particular seen exponential growth, and in the ensuing development the lakes became polluted and local wildlife fled the scene.

Local residents have been working hard in the past two years to clean the lakes and return them to their former beauty. Lately their efforts appear to bearing fruit. Reporter Sandra Collins writes an article on the success.

A clip from The Daily News, Monday, January 18, during the novel Into the Tides
Madison, Wisconsin:

Otters Up, Pollution Down 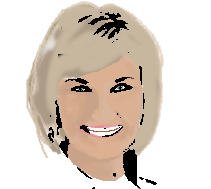 Local lake ecologists hail the return of otters to Lake Mendota as a sign that recent environmental efforts are paying off. The first family is thought to have established permanent residence late last fall, in the form of a family of male otters having migrated for better food availability, as sign of the success of recent fish conservation efforts. Since then, more otters have moved into the area. Ecologists estimate the current population to be approximately 40 individuals in 3 families. None have yet taken residence in Lake Monona.

Local university students are credited with spearheading the efforts to clean both lakes. Sponsored by the marine biology department at the university, the Friends of the Lakes organization has solicited the cooperation of local businesses to reduce pollution through voluntary recycling programs, green packaging, drives to reduce waste, and other innovations. Furthermore, local residents prevented over-fishing the lakes through increased reporting of poachers and illegal fishing. Student volunteer organizations, in cooperation with the local residents, have continued the yearly Spring Cleaning to remove waste from the lakes and shores.

Thanks to the efforts of the community, the marine biodiversity is flourishing, even as the community continues its unprecedented growth. The Marine Biology department promises to continue to raise awareness on best practices through community education efforts. Meanwhile, legislators move to protect our valuable natural resources with new laws limiting acceptable construction runoff and the banning use of certain pesticides. As a result, Madison has been named "The Greenest Metropolis" in a local Times Magazine.

This subspecies of otter has shown a lack of fear of humans, and has a high sensitivity to magic. Joggers should be aware that they may be followed by otters. However, the otters should not be approached, as they are wild animals. Powered individuals are especially likely to be followed. Please do not feed or approach the animals, as dependency on humans may expose them to potential threats or reduce their viability should migration be necessary. City planners have begun setting up designated otter viewing points in Governor Nelson State Park and at various points around the lake. With conscientious use of such locations, Madison residents can ensure the otters continue to feel welcome and thrive within our community. 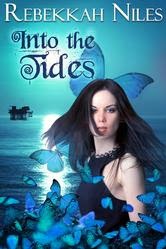